As you probably know by now, I’m all about inspiring others and in order to keep on running this blog I need to be continually inspired so that I have something to share with you guys. I’ve developed an unconscious habit of looking for inspiration every day in order stay motivated. Being continually inspired also helps my mind to stay open to new possibilities, new ideas and new ways of doing things.

Have you ever spent time with someone who was very negative? It’s likely that after you left that person your energy levels dropped, your mood changed, and if they were an energy sucking vampire you might feel so physically exhausted that you lose the will to keep on living! On the other hand, think of the most inspiring person that you’ve ever met or spent time with. Chances are that after spending time with that person you had a smile on your face, you were encouraged to be better, to work harder, or to think better. So, let me share with you 5 people who keep me inspired. These people are life givers; they have helped me to become the person that I am today and they continually challenge me to be better. I’ve included links on each person (i.e., click on the gold text) so that you can learn more about them and since I haven’t met them in person, I’ve included pictures which I found on the internet to illustrate this post. I did consider photoshopping myself into the pictures but I thought it would look a bit creepy (LOL!!). I’m just going to put it out there:  I truly hope that one day I get to meet these amazing people and thank them for inspiring me to be better. Ok, I’ve said it now. I realise that my wish may not come true, but in case it does, you heard it here first. Since I was a teenager Mama Oprah has been one of my ‘virtual mentors’. I use to watch The Oprah Winfrey Show quite religiously and some of the lessons I learned back then still provide me with guidance today. Oprah is one of the most powerful women in the world, but if you looked at her humble beginnings as a poor child in Mississippi, no one would have guessed who she would grow up to become. Her show, which ran for 25 years, is one of the highest rated TV talk shows in history; Oprah is the first black multi-billionaire in North America; she has won 18 Daytime Emmy Awards and many other awards that I don’t have the space to mention. In addition to being a talk show host, she is also an actress, an author, a media executive, and a producer.

Years ago I recall Oprah saying that everyone should have a life mission statement and she used the phrase, “Be your best self”. I adopted that phrase for myself and I’m forever striving to get better in every area of my life.  Oprah chose to be excellent in everything she did from a young age and that is why she has been so successful. She taught me that being excellent is what promotes you to the next level in your life. I love that Oprah has never set a limit on what she could become and it has taught me to dream without limits.  Her success against all the odds encourages me to believe that I too can be successful and live my best life. Joel Osteen is positivity personified! He’s the senior pastor of Lakewood Church which is one of the biggest churches in America. Joel is always smiling, always calm, and always seems to be at ease – I just don’t know how he does it and I want whatever he’s drinking! He’s written a number of bestselling books about developing a positive mindset and I have a habit of reading a chapter of one of his books most days. Joel has helped me to rewire the negative bias of my mind which has been an absolute miracle considering how negative I used to be. He helps me to believe for the impossible in every situation. Because of Joel when I wake up most days, I usually declare out loud, “It’s going to be a great day today!” He taught me the importance of making positive declarations and as I have followed his advice my life has changed a lot in the last 7 years.

I have also learned from Joel the importance of developing good self-esteem and getting into agreement with how God views me. I used to think of God as a harsh, critical judge that I could never please. But Joel helped me to see God as my biggest cheerleader whose vision for my life is far greater that what I can comprehend. Because I’ve changed my view of God, I realise that I’ve become more confident, I’ve taken more risks and I’ve believed for greater things.

Victoria Magrath – In the Frow Where do I start with Victoria? She has a PhD in fashion, she was a lecturer at the University of Manchester, her blog (In The Frow) has been rated as one of the most influential blogs in the UK, and in 2018 she published a book called ‘The New Fashion Rules’ which ranked Number 8 on the Amazon charts! She’s won a number of awards for her blog and worked with some of the most influential brands in the world such as Dior, Hugo Boss, Louis Vuitton, Burberry, and Bvlgari – truly the list of her achievements goes on.

Victoria is a wonderful example of what passion for one’s work looks like. She gives her all to what she loves and this inspires me to work hard in order to achieve my dreams. I really love that she has created her own tailor-made career based on her strengths. She took the leap from a safe academic job to the ever-changing terrain of social media and she has been a huge success. Victoria has shown the world that there are no limits to what an influencer can achieve. And her fashion sense!!! WOW!! I really want to be like her when I grow up. Oh, and I forgot to mention: she’s absolutely gorgeous! Just look at her body!!! Can you believe that Ernestine Shepherd started working out at the age of 56 and now she’s 84? EIGHTY FOUR!! I mean, her abs are better than mine! In 2010 she made the Guinness Book of World Records as the oldest female competitive Bodybuilder in the world. She now teaches exercise classes for seniors and works as a personal trainer. Apparently, Ernestine wakes up at 3 am every morning and runs 10 miles a day.  She described herself as a ‘couch potato’ before the age of 56, so it is quite amazing that she decided to turn her life around by simply adopting a habit of exercising. She is living proof age is no limitation to being in good physical shape.

Ernestine is an example of what is possible if you are determined, disciplined and persistent. She actually inspired me to start lifting weights which I’ve come to love. I have a picture of her on my wall and it helps me to continue exercising even on days when I lack motivation. Yes, our bodies do get old, but we don’t have to adopt an old spirit which just gives up and accepts mediocrity.  I keep saying to myself that if Ernestine can do it, so can I. I consider Jordan Liberty to be a King in the world of makeup. Alongside being an amazing makeup artist, he is also a professional photographer. Beauty Brands like NARS, MAC, Urban Decay, and Sigma often choose him to create the images used to sell their products – he’s THAT good. He’s created an amazing niche for himself and travels around the world doing makeup masterclasses. I actually went to one of his masterclasses in London last year and I loved the fact that he focused on getting the makeup and photography right in person with minimal retouching afterwards. Literally, at the end of the class the photos of the makeup he did were ready to be published without any editing!  This is such a contrast to the way a lot of makeup artists work – they create mediocre makeup looks and then use photo editing afterwards to make their work look amazing.

I really appreciate how vocal Jordan is about good makeup hygiene – a topic very close to my heart; he’s always inspiring makeup artist to work at higher standards. His work is truly breath taking and he inspires me to continue developing my makeup and photography skills. Truly, it is your skills that make room for you in this world, so being excellent is necessary. They say that you are the average of the 5 people you spend the most time with. I figure that if I keep hanging out with these inspiring people (even if it’s online), then I’m in pretty good company. I encourage you to find some people that inspire you and study what makes them successful. It will help you to break off the limitations in your own life so that you can become everything you were created to be.

“Walk with the wise and become wise…” 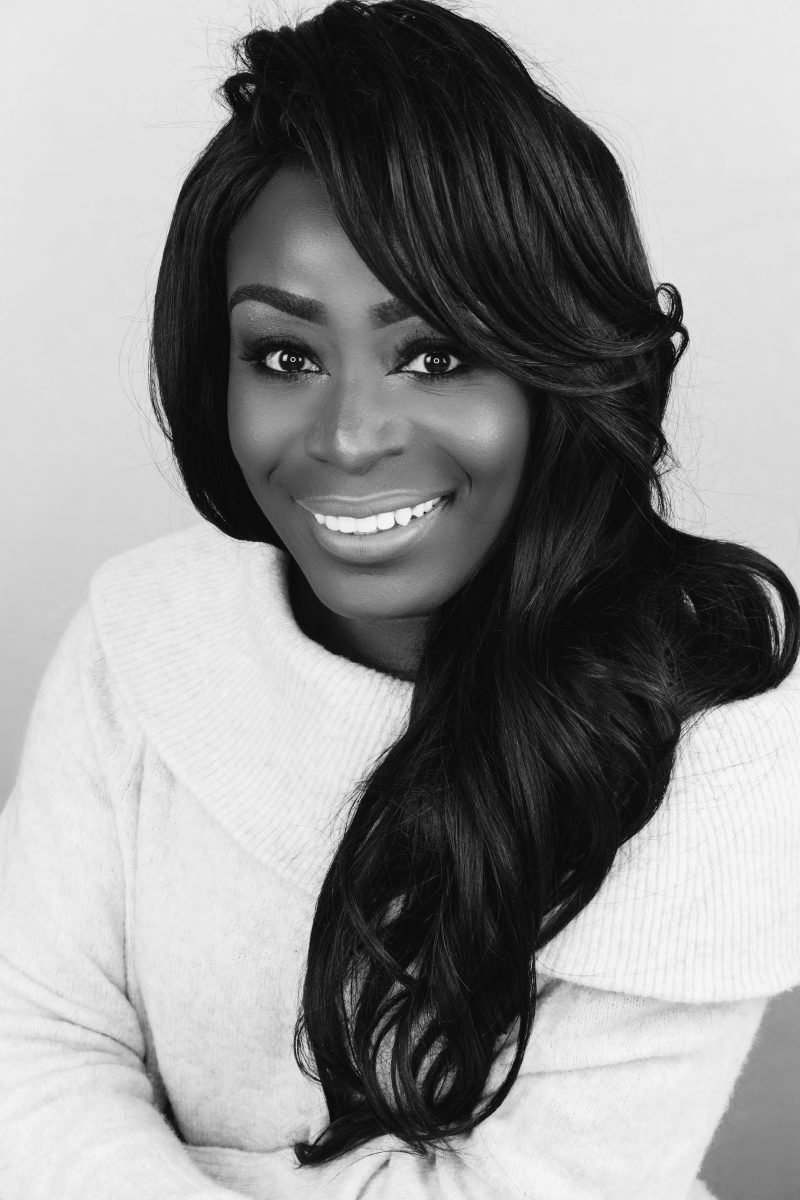 HOW TO CREATE A …